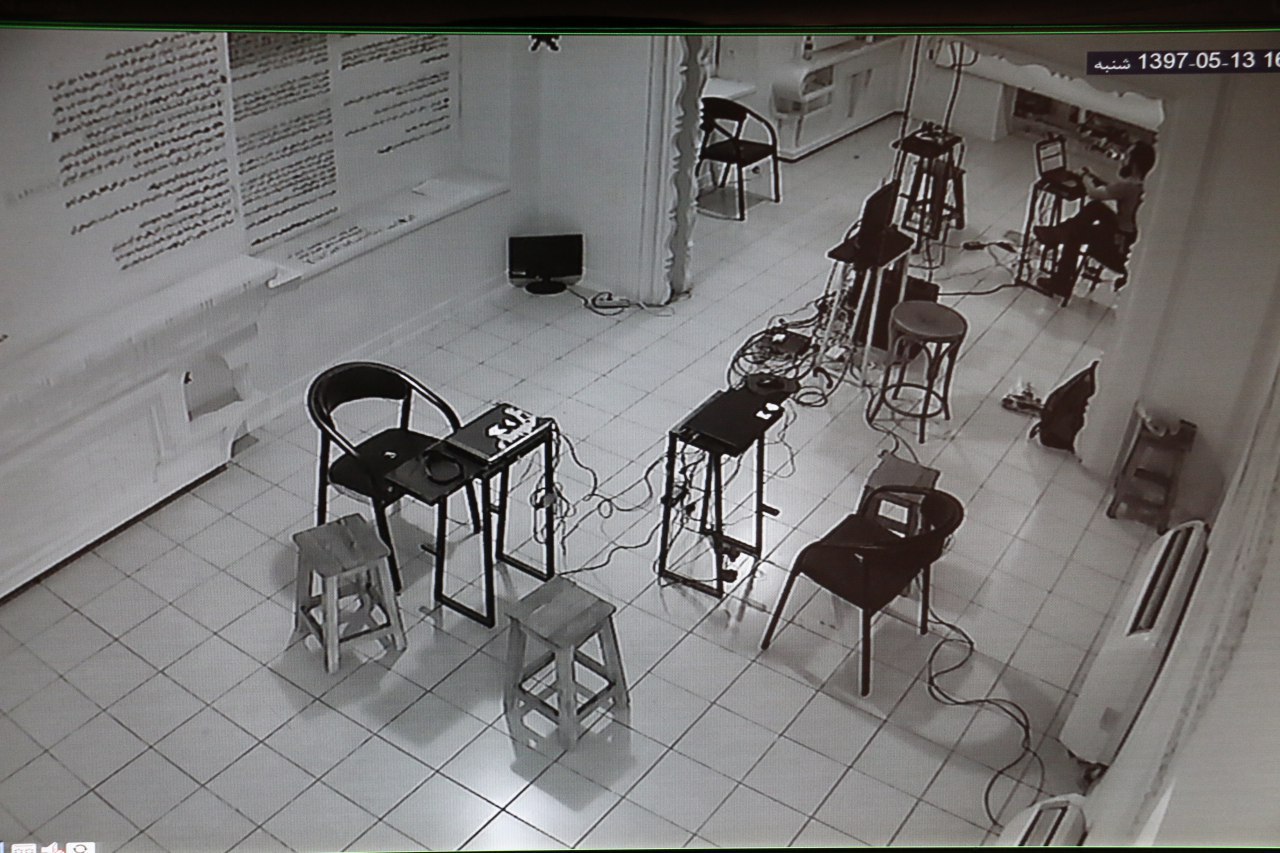 In 2016, filming Tehran began. We freely filmed the city. In every step the aim of the project was reaching an amateur production and it still is. After almost a year, we realized we had an archive of Tehran files and the project City:Archive began. Around the city, by filming people and streets, bridges, everyday life, cameras, relationships, times and all the things we may face in the city, we realized that we have been making an archive of the city. Eventually the result was an intense combination of the atmosphere we were working in and the archive ambiance; and a new form started to grow. We don’t film the city with a pre-schedule. We freely and non-professionally film, as our lives go on and we move and wander. Tehran’s today documenting atmosphere, led us to form a new manner of facing and leaving it after, then as collecting from the city we came along the fact that city itself is suffering from passivity and a passive city doesn’t involve any action and can’t form anything or transfer itself to another form. Due to that it may present a form of itself.

“Instrument of Unification” was performed by Amateur Society from June 27th to August 5th, 2018 in galleries number 1 and 2 of Rooberoo Mansion in Tehran, Iran.
Gallery no.1 was painted all in yellow and there were texts all around written with stencil and spray. They contained descriptions of space features, leaflet of Amateur Society theory, control, montage and hacking. (The texts are available on the website.) In the center of the space there was the server computer which had the Tehran archive on it. This archive contains films of Tehran recorded by Amatuer Society from 2016. There were 4 other computers connected to the server by cables. People could sit at them, watch the films, add their files and make their own films with the help of a simple editing program (which had a tutorial on the system).
When the editing finished, the film was added to the main archive and was projected and looped with other films on the left wall. During the 10 days of the exhibit, almost 80 films were made, which have been uploaded on YouTube.
There was another projection on the right wall showing other users’ systems.
There was a symbolic back-up of the archive in gallery no.2 (Rooberoo Mansion, attic-like spot) also the live CCTV footage of the other spot available on a LCD.