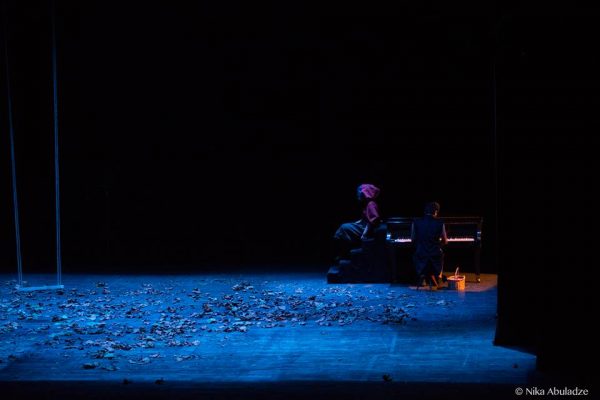 The Red Riding Hood is a free adaptation of a folk tale named Little red riding hood. (in Iran this story is known as SHENEL GHERMEZI).

In this adoption all the characters in the story are removed except the little girl and a man. The attempt in this performance is to create the atmosphere mostly with inertia and silence.